The Globe and Mail, Canada’s most popular newspaper, released a feature article on April 7th entitled “Rethinking Therapy: How 45 Questions Can Revolutionize Mental Health in Canada” about the groundbreaking use of routine outcome measurement and feedback-informed therapy trends impacting mental and behavioral health outcomes not only in Canada, but across the world.

Government agencies around the world, in particular, are welcoming routine outcome monitoring information systems as the most accurate and effective way to assess treatment effectiveness. Anderssen highlights England’s $630 million publicly funded standardized psychotherapy program rollout in 2008 implemented at every clinic and every session across the nation, opening 60 centers and seeing 950,000 adults per year suffering from depression and anxiety.

Canada and other countries around the world have been slower than England to adopt measures to track progress in therapy, but the Calgary clinic was ahead of the curve, instituting outcome measurement as early as 2004. And in December of 2017, Quebec announced a new initiative for routine outcome monitoring with a $35 million price-tag as part of a public coverage program. Similarly in Ontario, a small pilot program modeled after England’s national rollout was recently launched, reflecting promising momentum in monitoring and reporting outcomes by Canada’s government agencies.

Anderssen informs in the piece that a big contributor to the slow adoption of measuring mental health vital signs is an overly optimistic view of providers abilities to predict treatment failures, and an over-estimation of client improvement. A 2012 survey in the U.S. found that psychologists estimated that 85% of their caseload improved in their care, but research has found that only about 4% of the time can they predict treatment failures – a consistency that exists from interns up to Ph.Ds.

Dr. Michael Lambert’s research exposed this disconcerting fact, telling The Globe and Mail, “Almost all therapists think they can predict negative outcomes, and they are horrible at it. They can hardly identify a single case when asked to do so.”

Mental and behavioral health measurement-based care initiatives that fill in these glaring blindspots in therapy are not only achievable for large agencies and governments to implement, but they can assist even private practitioners as they can help drastically improve outcomes on a case-by-case basis by giving the individual clinician tools to help guide their treatment plans, and alert them when clients are off-track and at risk of treatment failures. Very similar to tools discovered in medicine over the centuries, outcome measures such as the OQ®-45.2 provide mental health data to the clinician that was previously unavailable to practitioners in the field up until recent years.

David Ross, Veterans Affairs Canada’s retired Manager and National Clinic Coordinator of VAC’s Operational Stress Injury (OSI) clinics told Anderssen, “The adoption of vital sign metrics is what pulled medicine out of the dark ages two centuries ago.” And as Mike Lambert likes to put it – the thermometer was not in use regularly by doctors until 200 years had passed since its invention.

Developing perhaps the most advanced data sets in the world for tracking progress of military veterans in therapy, Dr. Ross asserts that therapists should be able to identify when their clients are showing recovery or improvement in therapy. “If they can’t,” he advises, “head for the hills.” Dr. Ross and other advocates of routine outcome monitoring like Robbie Babins-Wagner, CEO of the Calgary Counselling Centre, compare the questionnaires to clinical tests used in other areas of medicine, and insist their wider adoption could transform therapy.

Though questionnaires are not meant to replace a clinician’s intuition and experience, they do provide a critical tool to enhance treatment outcomes. The purpose of outcome measures is to capture reliable data on client progress and show clinicians whether a treatment plan is effective or should be altered to avoid deterioration by the end of treatment.

“No tool is perfect,” says Babins-Wagner, “and no tool covers everything. But a good tool is better than no tool at all” she told Anderssen.

OQ Measures licenses are affordable for all clinicians with pricing based on number of unique active clients seen per year. Contact the OQ Measures team at sales@oqmeasures.com for a quote and demo of the OQ®-Analyst.

The article in full can be viewed here. 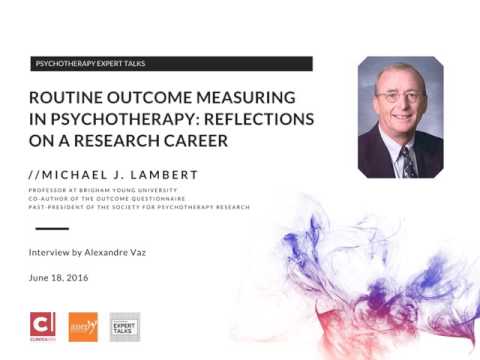